Seamus McGovern from Ballymagovern was born in February 1942. His parents, both from south Leitrim were musically inclined. His mother Margaret (neé McGirl) played concertina and her brother James played fiddle. It was from his uncle James that Seamus was gifted his first fiddle and began cycling to Seamus Smith, Burren, for fiddle lessons.  After a short period, he joined St. Mogues Ceili Band and together with Seamus Smith, Benny Donohoe, Con McGerty and PJ Flood played many functions in the West Cavan – South Leitrim area in the early 1960’s.

Seamus married Aileen Mitchell in 1975 and they had seven children. They instilled a great love of traditional music in their family and covered many miles to take them to lessons, festivals, sessions and Fleadhanna Cheoil. Seamus showed great example in passing down the tradition and subsequently it has been passed on to many by his children. He continues to promote and encourage musicians in the local area and is very proud that the tradition is set to continue through his grandchildren. 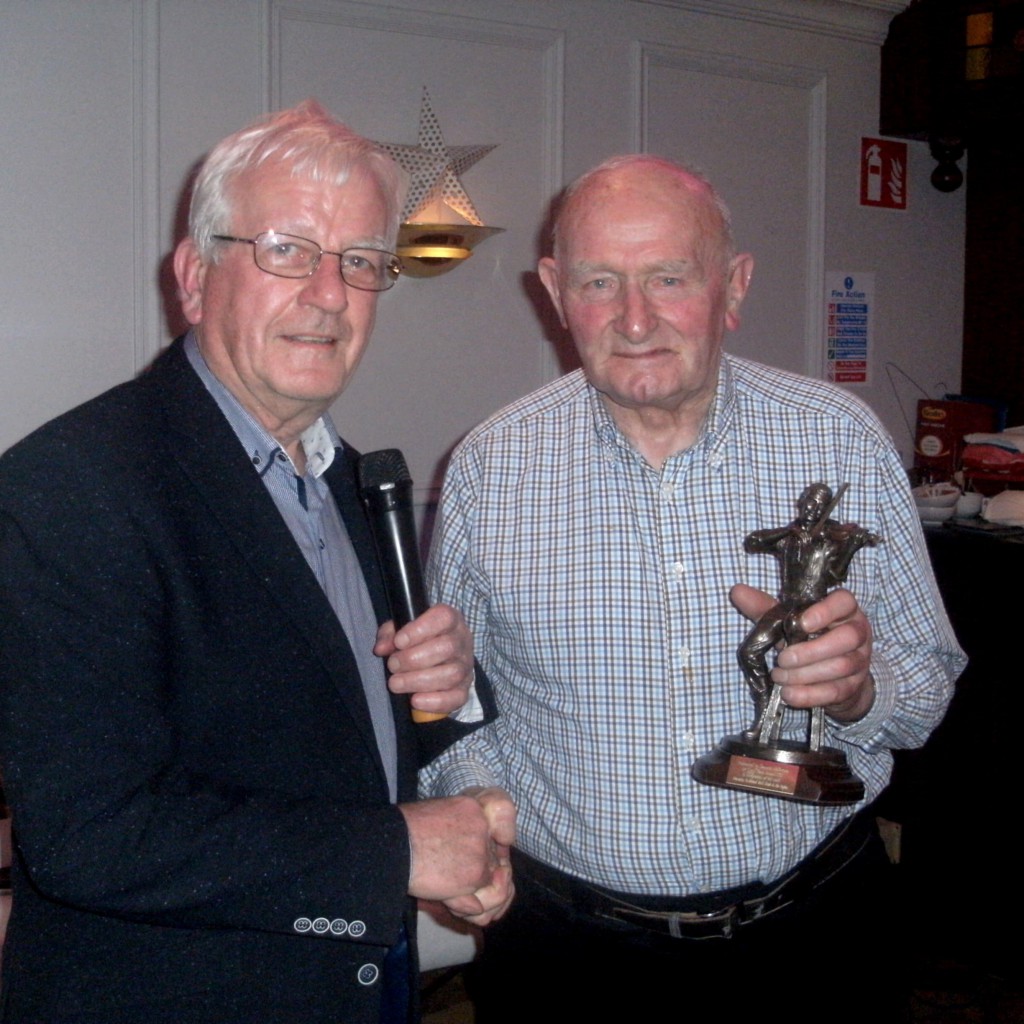 Seamus McGovern being presented with his Gradam Breifne by Paddy McDermott